Leading Australian Superbike Championship (ASBK) independent racer Matt Walters has further established himself at seventh position in the standings following round five of the 2019 season at Winton Motor Raceway, Victoria, on 6-8 September.

Kawasaki-supported Walters was once again competitive throughout the Winton weekend, which was contested in a mixture of weather conditions, and managed to challenge a handful of factory-backed riders throughout the round.

Walters was ninth on the time-sheets at the conclusion of Friday’s free practice sessions – only one of the three being conducted in dry conditions – and he qualified in P10 after recording a 1m21.973s lap-time on Saturday afternoon. He transferred through Q1 and into Q2 to improve upon his final grid position.

The opening 16-lap encounter on Sunday was an encouraging one for Walters aboard the privately-run Ninja ZX-10RR, crossing the line for an eighth-place finish with a best lap of 1m21.488s. Changing weather in the second race following multiple restarts saw it declared four laps in due to rainfall, crediting Walters 10th position despite an off-track excursion.”Finishing eighth in the first race wasn’t too bad,” reflected Walters. “I had a stab at gaining a few more positions in that one, which didn’t quite work, but it was okay and we advanced a lot with the bike. We’re moving in the right direction and that’s satisfying for us as a team.

“We were able to learn a lot with the electronics, which we haven’t really experimented with before, so I was happy with that. I had a small problem with the front brake early on, but managed to fix it mid-race, so once I got that sorted I was able to get into a groove and make up serious time.

“In race two I ran off the track when it started to rain. I really didn’t want to go down for no reason and ruin what had been a good weekend at that point, so I went off the track, lost a few positions and took what I could. It was nice to battle with a number of top guys, so hopefully, I can keep it up as we head to two tracks that I really like.”

It was another standout performance for the 26-year-old from the Hunter Valley, scoring eighth overall and remaining seventh in the championship standings following five of seven rounds as he targets top independent team honours for the second-consecutive year.

Round six of the 2019 Australian Superbike Championship (ASBK) is set to take place between 4-6 October at the Phillip Island Grand Prix Circuit in Victoria, marking the penultimate stop of the season. 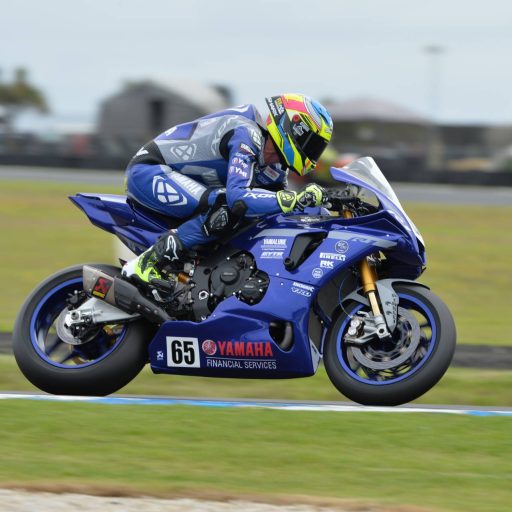