This weekend at Queensland Raceway sees round two of the 2022 mi-bike Motorcycle insurance Australian Superbike Championship presented by Motul (ASBK). It’s been a while between visits to the “paperclip” and after just one round of the championship… we have questions for competitors in the various Championships. 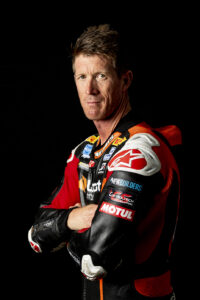 When asked about his return to the Alpinestars Superbike paddock from “retirement”, Wayne Maxwell emphasised that he likes -indeed insists- on being challenged at every turn. Without the feeling of moving ahead or being challenged, he doesn’t see the point.

From pre-season testing through to the start of race one, he delivered the most comprehensive early domination in modern Championship history; the fastest in every session, on pole, out front in Race One and…. in the gravel at The Hayshed?

As he (fortunately) walked away from his destroyed Panigale V4R during race one, he might have been thinking “Challenges are nice, but smaller is better”. Having scrubbed off his seemingly invincible sheen at The Hayshed, the rest of the field – especially his fellow title contenders- realised that we would leave round one with a new championship leader and the previously seemingly scripted result was now in the bin. The reigning champion finds himself down in seventh in the championship race- can he comeback at Queensland Raceway??

Bryan Staring showed he’s lost none of his talent, renowned work ethic and determination. While Maxwell obliged him in race one, he was still fast and well involved. 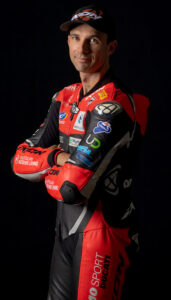 Bryan Staring: a welcome return to the top

A race win was probably more than he was hoping for. For those who have followed Staring’s career, the emotion and feeling at the race one podium was understandable. There was a lot in play and a lot to play for. The likeable Western Australian showed he’s very much in contention in 2022.

With the nominally fastest brand under him, can he continue the momentum from Phillip Island?

Cru Halliday just ground out an excellent result at The Island thanks to talent and determination. He was not a happy camper Friday and while he’s a heart-on-sleeve kinda guy, he’s also a CP (consummate professional!) and worked with the team to absolutely get the best out of the Yamaha at The Island.

Can he do it all again?

Mike Jones was very much at home on the Yamaha from the first practice session on Friday at The Island. Leaving PI third in the championship after round one was a great result, but it creates a new set of challenges and pressures. One must now ask; can he contend for the title? 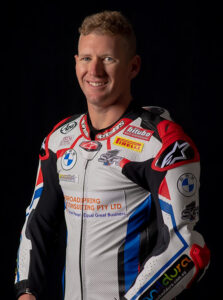 Josh Waters was rightly well pleased with his entire weekend at The Island after joining the Maxima Oils BMW squad and finding the M1000RR very much to his liking. But after qualifying in P3, he was unable to convert this to a podium in the races. For a first up round with said new team, that’s not a huge issue, but as we head into round two of eight, the past ASBK champion knows that you can’t win the title with a string of fourths…

Will Queensland Raceway see him return to the ASBK podium?

For an injured rider, Daniel Falzon sure showed plenty of courage, determination, and raw pace. This weekend he’s going to spend more time on flights than on his bike- he’s getting married seemingly between sessions- and possibly miss a few as well. Will the travel and stress (and weddings are stressful!) of the Big Day mess with his result? What difference will three weeks post-Phillip Island make to his well-being and fitness?

Glenn Allerton enjoyed rightful podium favouritism pre-season, only to be brought undone by an ear infection and post-COVID loss of form. Sixth in the title race in these circumstances is not a bad outcome. If that’s “as bad as it gets” then we can expect to see the former champion closer to the front. Can he come back for Queensland Raceway as the lap record holder?

After showing plenty of podium-like pace in practice, things went sideways for Lachlan Epis in the races with two DNFs. Can he and the team bounce back with some consistency and pointy-end results? 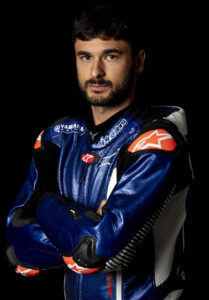 Arthur Sissis: ought to be thinking about the top five

Arthur Sissis was eighth in race two and eighth for the round. Consistent top ten results would be a worthy goal for 2022, but with Arthur’s talent and racecraft, he and his team could- and should- be thinking about the top five. Is 2022 the year he steps from potential to podium?

Matt Walters has flown the Kawasaki flag for many years and had the green machine in the top ten much of the weekend. To see him race his ZX10R is to see someone who has their bike very much sorted out the way they like it. His dicing with Herfoss, Metcher, Chiodo and West was a highlight of the weekend at Phillip Island.

Aidan Wagner snuck into the top ten for the opening round, but it was not without some effort A promising seventh in the first race was brought somewhat undone with a 12th in race two – there was less than a tenth of a second between him and tenth, but it was enough to see him 10th overall. There’s a points log jam around him after round one, so a solid result at Queensland raceway could see the local lad well in contention. 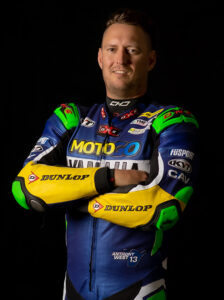 Anthony West was seemingly all at sea during practice, looking for answers as to why his practice times were not matching his prodigious talent and experience. Come race day, he was the Ant West that we’ve been familiar with for many years; classic head down racing. His race two result- where he fought back from a poor start was the sort of sign the paddock has been looking for from perhaps the most talented rider in the field.

Troy Herfoss set the agenda at the Friday riders press conference “I’m sick of talking about my health”. Perhaps so, but there’s a bit going on in the Penrite Honda garage and his health is really one of many factors. While it’s obvious his body still can’t quite deliver the sort of consistency and speed we all know he’s capable of, it was also clear the late decision (and adjustment) to swap from Michelin to Pirelli was also a factor in the team’s below-par result. Fighting for tenth is not a normal situation for the former champion, and a situation pundits agree will not continue for long. 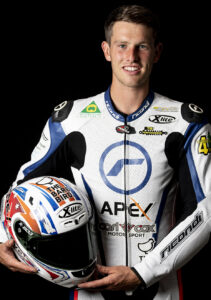 Nominal Championship leader Tom Bramich was the quiet achiever of round one. With sole Honda rider (and now back-in-Europe) Senna Agius out in front and Tom Edwards out of race one, Bramich found himself second in race one and third in race two. From the moment we rollout on Friday at the paperclip, Bramich needs to make a statement that his leadership in the series is no accident.

Tom Edwards brilliantly survived the craziest flat tyre we’ve seen in a long time. With the tyre deflating, so too went his chances of leading the Michelin Supersport championship after round one. With Senna Agius now out of the country, can Tom just put down two great races and start to claw back from 8th in the title?

Olly Simpson also found himself under the radar at round one, putting together two fourth places and third in the title hunt. He’s now nominally in second place but will need to ensure he stays in contact with the leading riders to ensure he’s a genuine title contender in 2022. 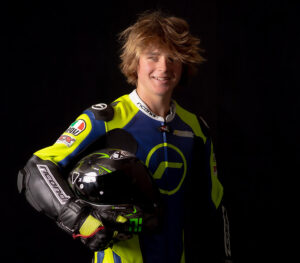 Henry Snell: can he consolidate?

There was a bit/lot going on in the Dunlop Supersport 300s and YMF R3 Cup at Phillip Island with technical breaches, close racing and controversy. It goes without saying that the racing was close and frantic, but after the points were recalculated, the outright leadership of the Dunlop SuperSport 300 and YMF R3 Cup is very much up for grabs.

Can Henry Snell now settle in and make the most of his championship leadership status?

After their first-round- and what a round it was, the OJC ventured to their official home Winton Motor Raceway with their coach Garry McCoy working these riders of today, into champions of tomorrow.

As always, there will be a near-peloton of riders at the front all weekend, but with the long straight and high speed of Phillip Island now behind us, it will be fascinating to see what plays out at Queensland Raceway. Look for the fast kids from The Island: Harrison Watts, Marcus Hamod, Teerin Fleming and Sam Drane to swap the lead in every session, but there are plenty of riders who have shown rapid improvements after every (coaching) session and will get well involved! 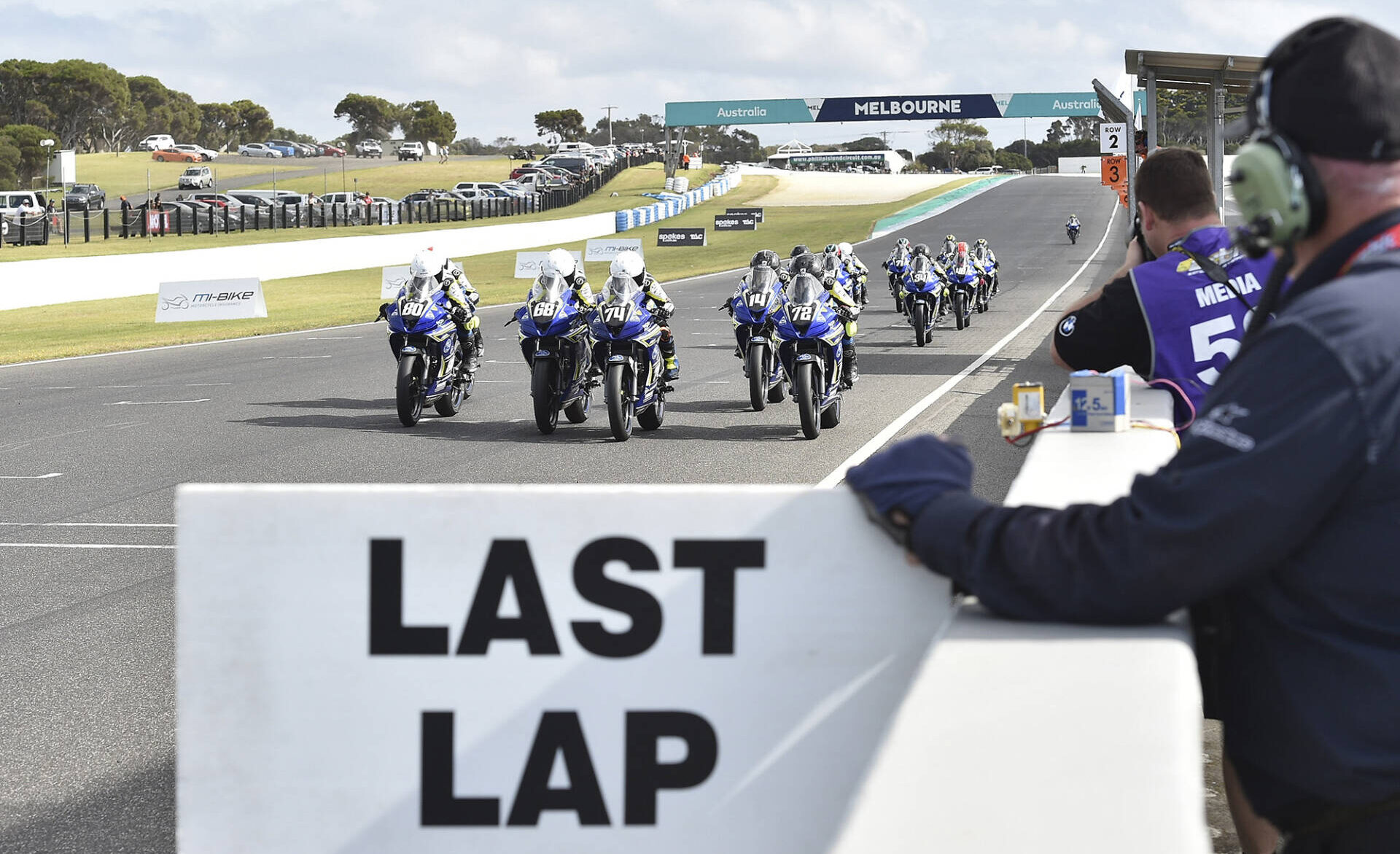 Tickets on sale via the ASBK right now!