Rising star Oli Bayliss has defeated Wayne Maxwell in a nail-biting Ducati duel to snare his maiden race and round wins in the mi-bike Motorcycle Insurance Australian Superbike Championship, presented by Motul, at Hidden Valley today.

This morning’s second race of the weekend was declared a non-event after an incident involving yesterday’s race winner Troy Herfoss on the opening lap.

In Race 3, a strong start from Bayliss allowed him to take the lead from Maxwell heading into the first corner, but Maxwell recaptured the top spot a couple of laps later. The two Ducati riders continued their contest until the race was red-flagged after four laps due to a crash involving Matt Walters and Corey Turner at the first corner.

The race was restarted with eight laps remaining, Maxwell leading the field away. He and Bayliss each set times underneath Herfoss’ Saturday lap record as they pulled clear of the rest of the field.

A committed move from Bayliss into the first corner enabled him to take the lead two laps from home and he was able to withstand Maxwell’s pressure to secure a memorable first win in the Alpinestars Superbike class.

A gracious Bayliss said his thoughts were with the riders involved in crashes over the weekend, including his DesmoSport Ducati team-mate Mike Jones.

“Unfortunately Jonesy and Troy had crashes, which is a shame because I know they would have been up there with us today,” Bayliss said.

“I’m happy that something clicked with me and the team, and I’m sure that as the year goes on we can keep winning.

“After the red flag, my tyre grip didn’t feel the best and I had a feeling Wayne was in the same boat.

“As the race went on, I stayed behind him, worked out a place where I could pass him and tried to win the race from there.”

Bayliss said he and his legendary father, Troy, are looking forward to celebrating back at their home on the Gold Coast.

“Hopefully Mum will cook us a nice dinner and then I’ll get straight back into training,” he said. 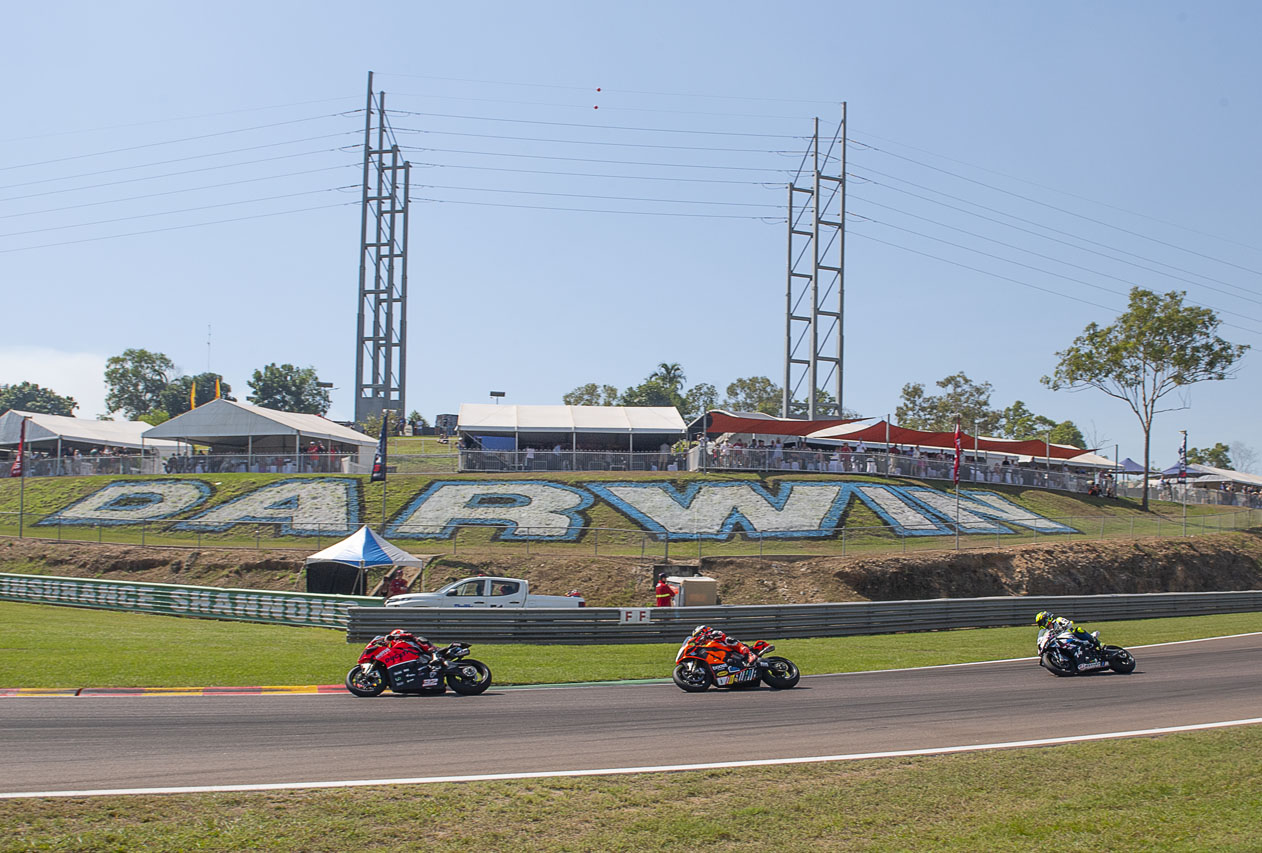 Another second-place finish for Maxwell saw the Boost Mobile with K-Tech rider extending his championship lead to 26 points.

“Oli rode fantastic in Race 3, it was a terrific battle,” Maxwell said.

“We had our back to the wall this weekend with some of our team members not able to be here, so to come away second for the round is very good for us.

“I feel for Troy, to see something like that happen to one of your best mates is awful, so I wish him all the best for a fast recovery.”

Glenn Allerton recorded another third-place finish in Race 3 and moved up to third in the standings.

“It’s been a great debut for our new BMW, it’s fantastic to finish on the podium even though we had some teething problems this weekend,” Allerton said.

“Once we’re able to test, I’m confident we’ll be competitive with the front-runners, there’s heaps of potential there.”

Bryan Staring brought his Kawasaki home fourth ahead of the Yamahas of Daniel Falzon, Aiden Wagner and Anthony West; the second Kawasaki BCPerformance entry of Josh Waters was eighth, with Cru Halliday and Jed Metcher completing the top 10 on their Yamahas.

The next round of the ASBK takes place at Morgan Park, 20-22 August. 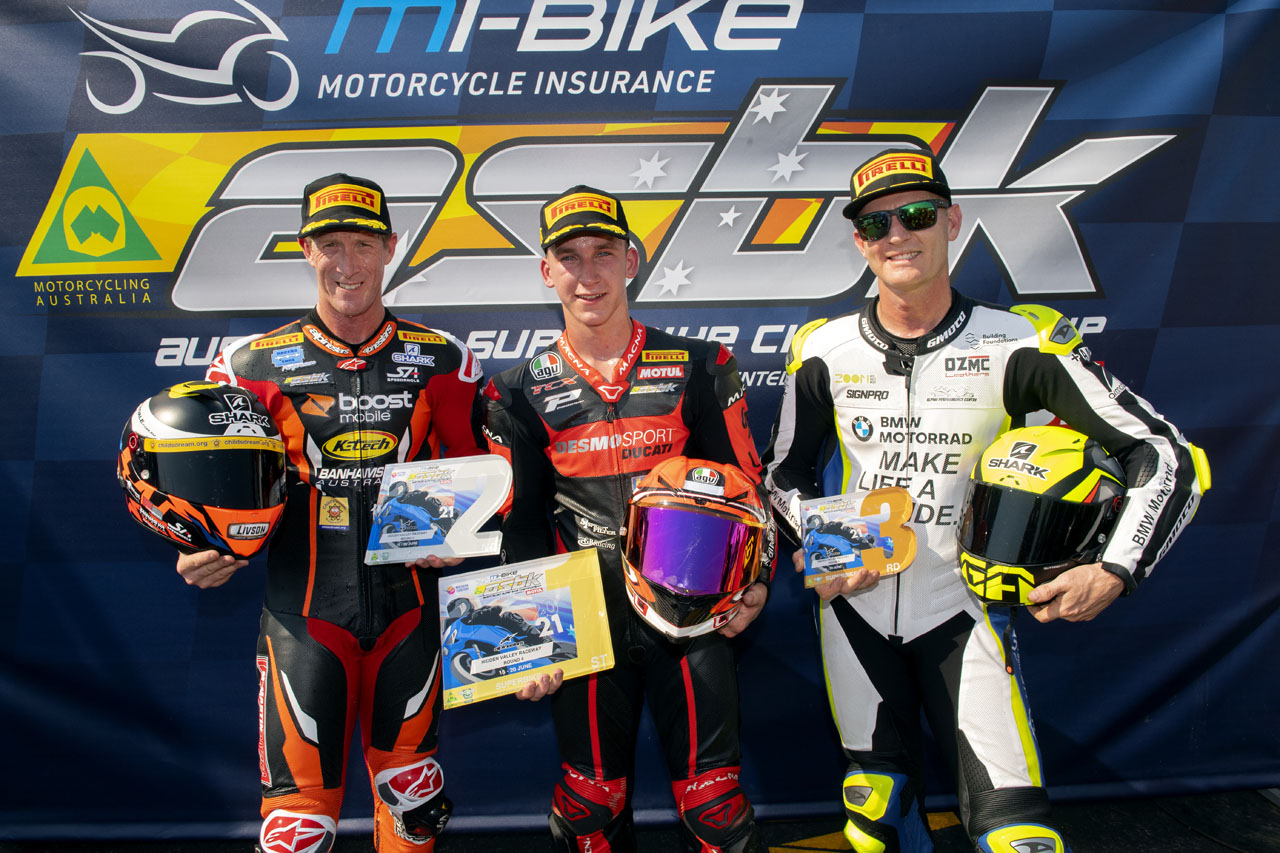