Wayne Maxwell has secured the Elite Roads Pole Position Award for Round 3 of the mi-bike Motorcycle Insurance Australian Superbike Championship, presented by Motul, with another scorching lap around Wakefield Park Raceway in this afternoon’s qualifying session.

Maxwell’s supremacy at the top of the timesheets was tested by Troy Herfoss, the form rider at Wakefield Park in recent times, but in the end Maxwell recorded a 56.920 lap, virtually matching the 56.916 he achieved during practice yesterday.

Herfoss ended the session 0.021s adrift in second position while Mike Jones was a further 0.4s back in third.

Maxwell said the tyre and bike combination were well-suited to the track conditions.

“It’s a massive credit to Boost Mobile Racing With K-Tech – we’ve worked really hard on the back of the success we had at Winton,” Maxwell said.

“Sometimes it’s not down to the rider so much as the tyre, and whether it suits the conditions or not. I know tyres are going to be a massive challenge for us tomorrow, but we’ve put in a fair bit of work and we know we’re up to the challenge.”

Glenn Allerton was unable to match the 56-second time he achieved in practice yesterday and was only able to qualify seventh; instead, it was Allerton’s team-mate Lachlan Epis who led the BMW brigade, qualifying an impressive fourth ahead of Cru Halliday and Bryan Staring.

Tomorrow’s Alpinestars Superbike action consists of a pair of 20-lap races, at 11:30am and 3:10pm. 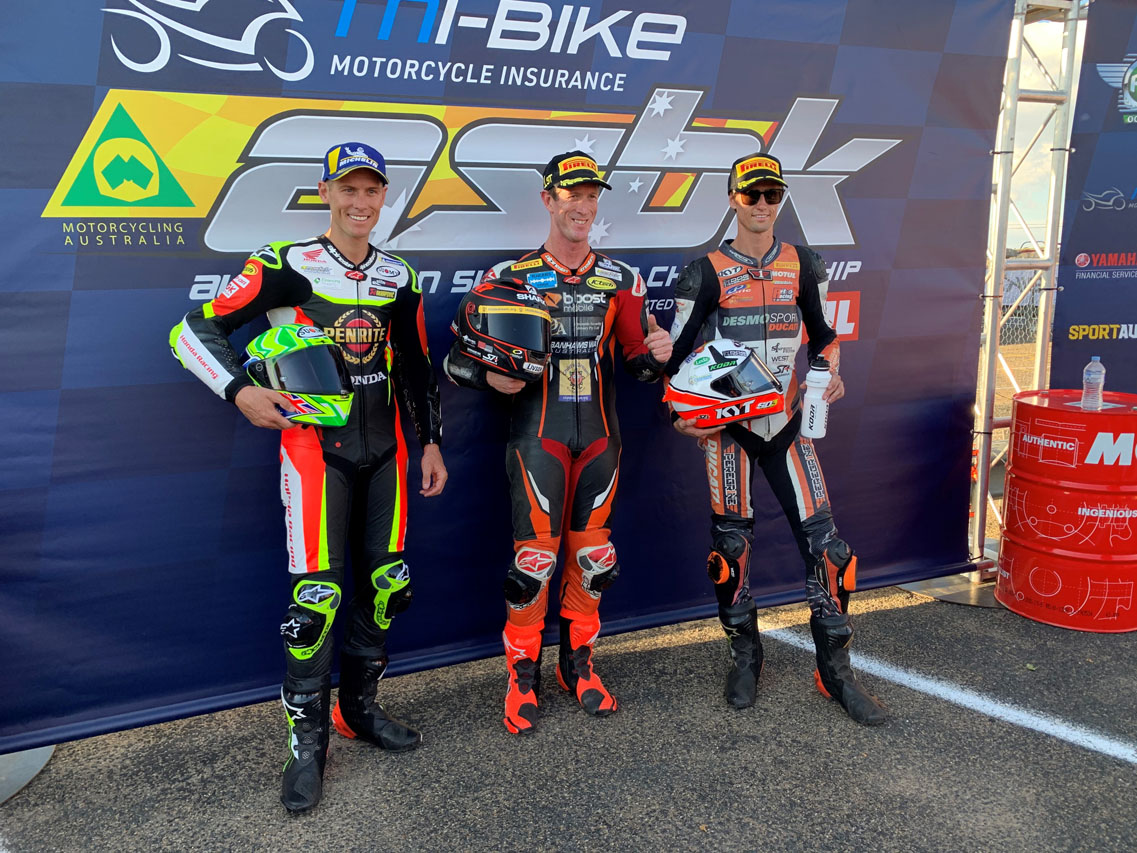